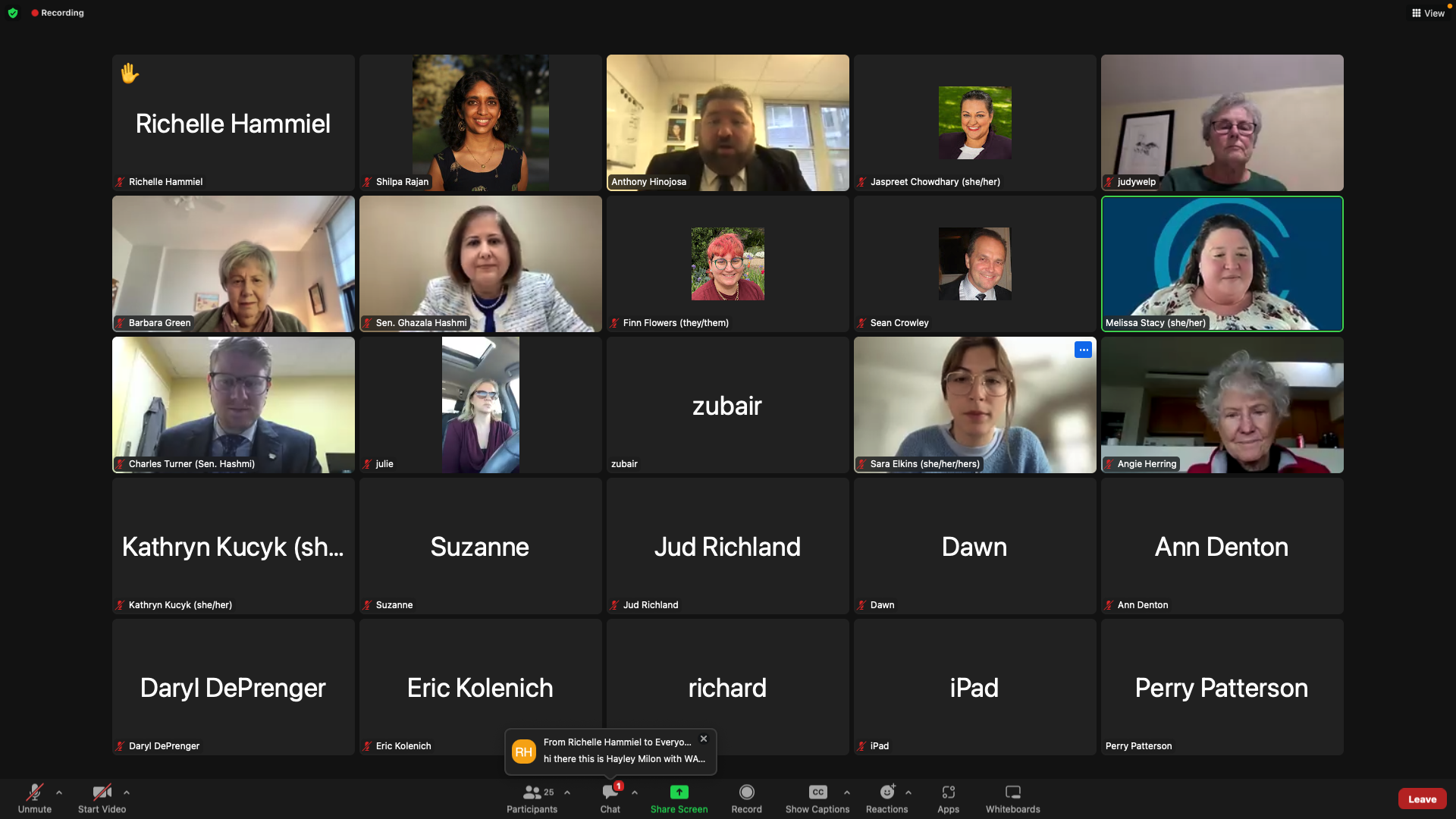 Similar to medical aid-in-dying laws in Washington, D.C. and 10 states, the Virginia bill, Senate Bill 930, would give mentally capable, terminally ill adults with six months or less to live the legal right to obtain a doctor’s prescription for medication they may decide to take to peacefully end unbearable suffering.

“In July 2022, I was diagnosed with metastatic pancreatic cancer,” said Falls Church resident Barbara Green. “I suddenly realized that my own life-threatening diagnosis meant I would have to move to D.C. in the fairly near future in order to avail myself of their Death with Dignity law [that allows medical aid in dying for terminally ill adults]. I am in the process of doing that now … I should not have to leave Virginia to achieve bodily autonomy and do not see how anyone who has watched a loved one suffer through a lingering death could vote against this legislation. I'm hoping that lawmakers think about this as they vote.”

The Senate bill patron, Sen. Ghazala Hashmi (Senate District 10/Chesterfield), is a member of the Senate Education and Health Committee that is scheduled to hold a hearing Thursday to decide whether to override the Senate Subcommittee on Health Professions’ 5-4 vote last Friday to reject the legislation.

“I am still working to talk to other members of the larger committee who have not yet had a chance to make a vote on the bill. And I'm hopeful that we will be gaining support,” said Sen. Hashmi during the news conference. “I think the continued work of the advocates [like Barbara Green] is very critically important. The more our legislators hear the stories, the stories from families, from patients directly, I think we make a direct impact. That's what persuaded me, frankly, to carry the legislation in the first place.”

Seven out of ten Virginians (70%) support medical aid in dying, including a majority of state residents regardless of age, education, gender identity, political affiliation, or religion (if any), according to a November 2020 Wason Center poll. In addition, on Oct. 27 the Virginia Medical Society dropped its opposition to medical aid in dying and adopted a position of engaged neutrality, so if the bill passes, the medical society will serve as a resource for accurate information and educate their members about the medical aid in dying law (see page 67 here).

“I wish we can pass this legislation by Senator Hashmi in time so that she [Barbara Green] does not have to move to DC to avail the opportunity to have her decision,” said Richmond cardiologist Dr. Zubair Hassan during the news conference. “I have over the years seen many, many cases like hers. I remember a very dear nurse who was suffocating because of her emphysema despite supplemental oxygen and felt like he was being choked all the time … These are the type of cases that make me believe that this country that is known for individual rights would let a patient have dominion over his own life and death decisions.”

Despite the wide availability of hospice, palliative care and pain management, national studies show that between 65 and 85 percent of patients with cancer (the most common disease among people who request medical aid in dying) experience breakthrough pain that can happen many times a day and is not controlled by regular doses of pain medicines.